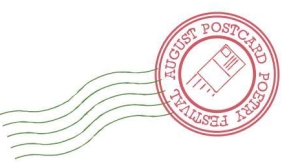 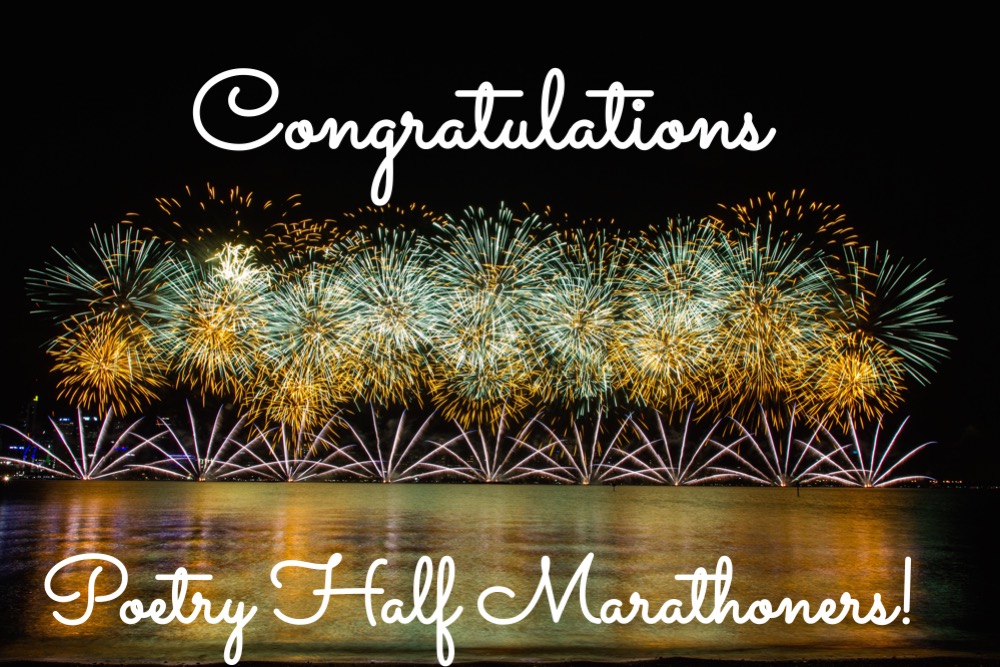 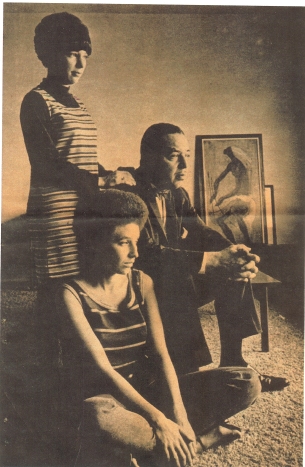 1967
For once I was ahead
of fashion.
Two pairs of bell bottoms
from my New York
trip. Instead  of
the dress
grandmother
hoped for. 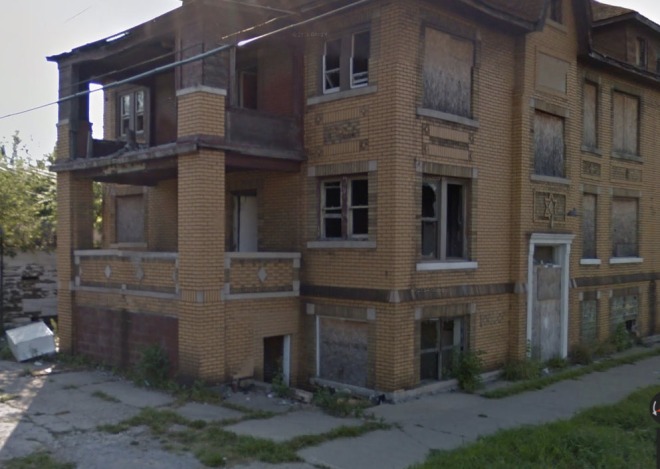 “Don’t call me stupid.” she said,
sitting on the stoop.  I lived
around the corner. What, then,
did I think was stupid?

High school students.
She was a year younger and
bussed.  I walked 1.2 miles.
1962. Now the building
has been empty, destroyed 8
years. Walking down my
block, a google walk, my
house is boarded. Back
then there wasn’t a house
empty. Now lots of vacant
houses. Where did we all go? 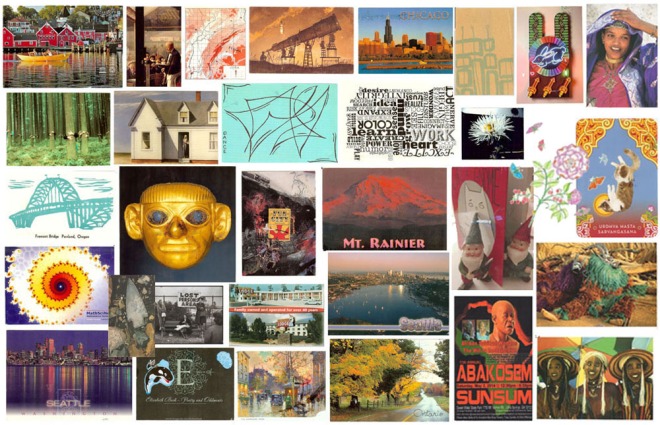 I received 26 cards last year and 34 this year. The last one came September 12, 2014. I sent out 35 postcards. Some I made from old drawings and photographs, I ordered a 10 pack with the work of Cass Corridor artists,  I bought some in various places and from Pomegranate. Often I was inspired by the card or by something else and then found a card to fit my idea. I did a few 3 AM poems but seem to get stuck in writing about it being dark so quit writing at 3AM. The news inspired a few. I only typed 1 because the typewriter is so clunky.

I involved several other family members and there was 1 poetry discussion held in the Studio during my birthday party. It even involved bringing out the huge, unabridged dictionary that I bought years ago at the Baldwin Pathfinder Library book sale for 50 cents.  The question was “What makes it a poem?” The answer was inconclusive, neither side willing to concede. 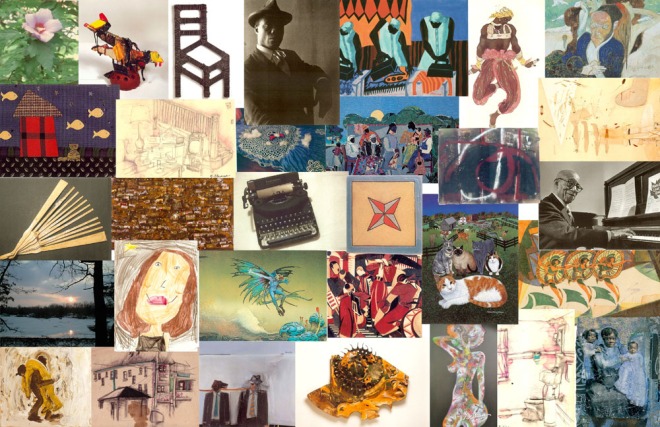 The poems I wrote for the fest will be appearing on Ruff Draft for all of September.  Because I think in pictures, writing my poems brought pictures to my mind. If I have a photograph that fits with the poem, I’ve added it at the end.

Click for more information about the August Postcard Poetry Fest. 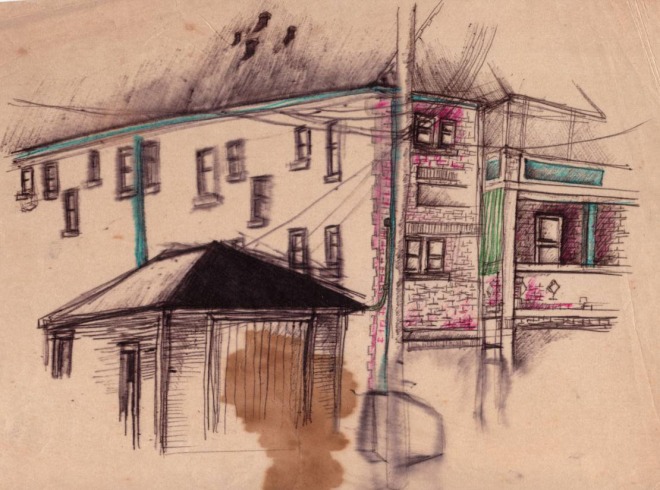 Drawing from my bedroom window the fall before we moved.

I didn’t know who lived there
now/then,
Across the alley. Sprayed
drawings with perfume.
Dissolved. Softened.
My pen running out of
ink.
Pigma Micron 55.  My glasses
steam up in the heat. My
sight dissolves. Memory
Softens. 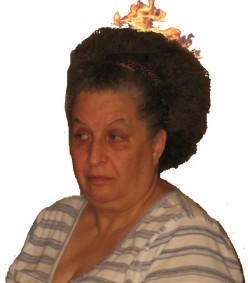 Last night Jim and I were laying in the bed talking about the reunion when my eyes started to itch so I got up to splash some water on them. I had lit a new candle for my bathroom when we got home and it was sitting on my sink. After I stood up from splashing the water, the room seemed to get much, much brighter. I turned around to see what was happening with the candle (the only light in the bathroom) and saw MY HAIR WAS ON FIRE! Luckily, in my small bathroom, a towel was right at hand, I grabbed it and smothered my flaming hair immediately. It didn’t reach my scalp and my whole hair didn’t burn off, mainly one small area, which still has plenty of hair. I will probably give myself a trim to even it all out later. The candle was moved out of the room and then doused. The other candle in the front is now in a bowl of water. Just in case the fire was out to get us last night. Jim said it was because i had just been talking about other people’s thinning hair. anyway, that was a wild end to a strange (and perhaps last) reunion I ride to. Now that it’s over, I wish I could have a photo of myself with flaming hair, but not about to redo THAT! It all happened so fast. Then we had the smell of burning hair. .I took a shower and washed my hair and we soaked the scorched towel. Smells alright now. Guess my happy for the day was not burning myself up at 1AM

I didn’t scream or yell, unlike if I’d seen a waterbug!

We went and we’re back. It was a very long drive. My knee did not enjoy it, however recovery was relatively quick.  We had food on the way up so that we ate constantly and also stopped for lunch at a rest area.  On the way back we had little food in the car and stopped twice.  Would have been good if we had had sandwitch stuff and so only had to stop once. We ran into one traffic jam, about 60 miles from Atlanta on the way back.  Jilo drove all the way there and back. 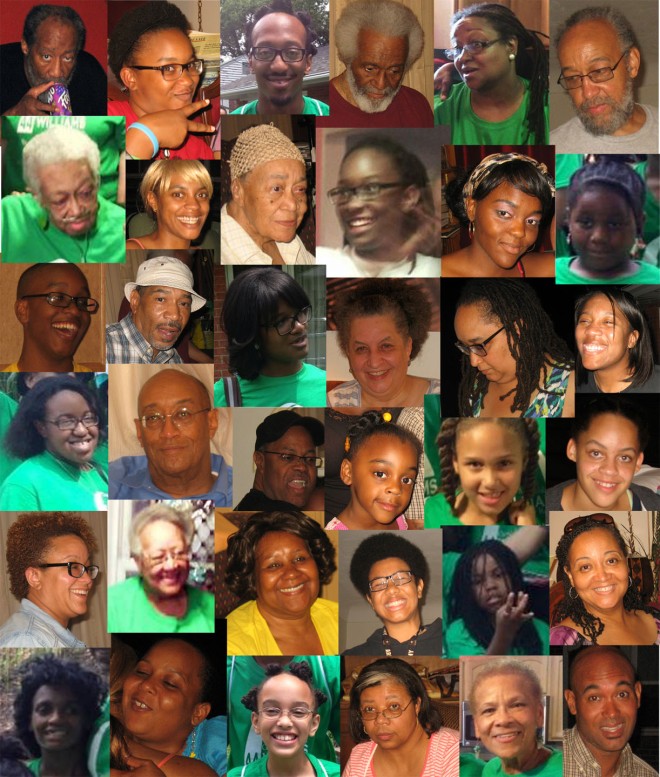 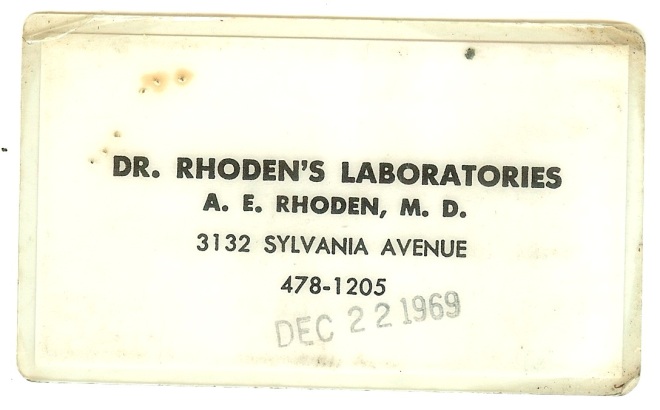 I received this card during my first pregnancy and I’ve kept it handy ever since, just in case.  I share it with new doctors so that they will have the information.

“Different ethnic and racial groups also have different frequency of the main blood types in their populations. For example, approximately 45 percent of Caucasians are Type O, but 51 percent of African Americans and 57 percent of Hispanics are Type O. Type O is routinely in short supply and in high demand by hospitals – both because it is the most common blood type and because Type O-negative blood, in particular, is the universal type needed for emergency transfusions. Minority and diverse populations, therefore, play a critical role in meeting the constant need for blood.”  Red Cross Blood Type Charts and information

My husband also has O+ and I would suppose all of our children also have O+ and that our parents did also.  A very popular blood type, although not quite as useful as O-.